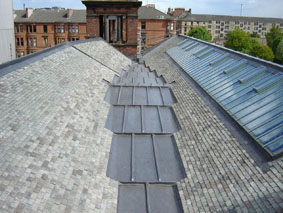 The Category A-Heritage Listed Fairfield Shipyard Drawing Offices, designed by Honeyman & Keppie, were constructed between 1889 and 1891.

In order to secure the neglected fabric Page/Park Architects were appointed to carry out fabric repairs to the roofs and interiors.

Slating and leadwork complete to main roofs of drawing offices. 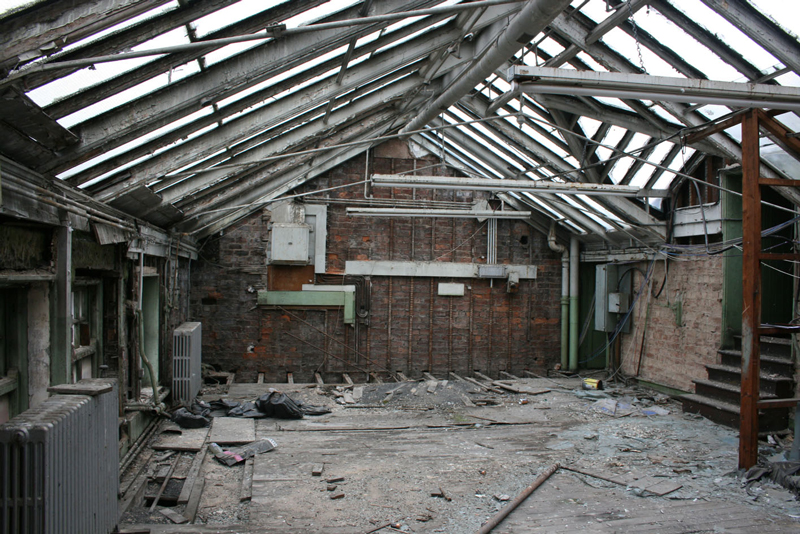 The Scope of Works

We re-slated and re-leaded all roofs and re-glazed existing glass roofs. Essential repairs were carried out to masonry walls and rainwater disposal systems. New safe roof access systems were installed. New lighting and heating was installed in some ground floor rooms to allow for partial occupation.

Funding came from the council and Historic Scotland.

The contract value was A$2.4m.

Consents were granted after much discussion regarding new glazing to glass roofs.

Start on Site and Completion

Budgetary and programme restraints were very tight. The asbestos contract was badly organised by the Project Manager which led to problems on our main contract, towards the end of which the main contractor went bankrupt just weeks before completion.

Rot sensors located behind significant wood-panelling in the Board Room measured levels of moisture and presence of rot spores allowing us to decide what action to take regarding repairs.

I found a slim double-glazing system that did not significantly alter the appearance of the lightweight timber structures of the two glass roofs originally used to develop huge prints of the drawings.

We needed to draw layout proposals without a clear brief as to how the building would be used so I designed for maximum flexibility in the final plan layouts. 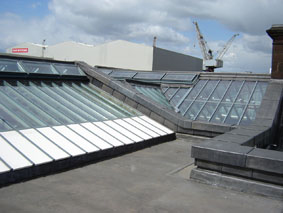 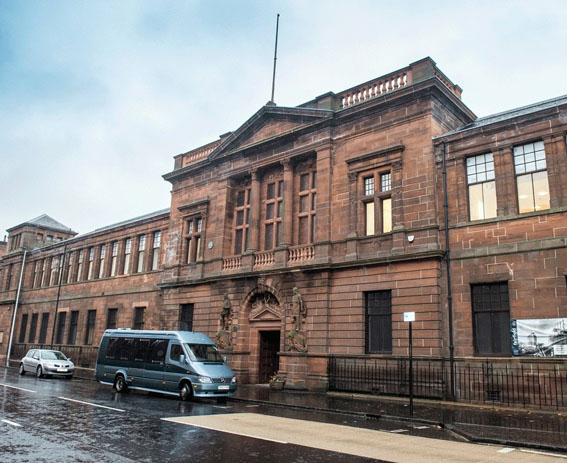